The datasets generated during the current study are freely available: see below (scroll down). Additional information is available from the Borexino Collaboration spokesperson (spokesperson-borex@lngs.infn.it) upon reasonable request.

A search for neutrino and antineutrino events correlated with 2350 gamma-ray bursts (GRBs) is performed with Borexino data collected between December 2007 and November 2015. No statistically significant excess over background is observed. We look for electron antineutrinos (ν¯e) that inverse beta decay on protons with energies from 1.8  MeV to 15  MeV and set the best limit on the neutrino fluence from GRBs below 8  MeV. The signals from neutrinos and antineutrinos from GRBs that scatter on electrons are also searched for, a detection channel made possible by the particularly radio-pure scintillator of Borexino. We obtain currently the best limits on the neutrino fluence of all flavors and species below 7  MeV. Finally, time correlations between GRBs and bursts of events are investigated. Our analysis combines two semi-independent data acquisition systems for the first time: the primary Borexino readout optimized for solar neutrino physics up to a few MeV, and a fast waveform digitizer system tuned for events above 1 MeV.

On January 2017 the Borexino collaboration published [Astroparticle Physics 86 (2017) 11-17] the result of the search for neutrino and antineutrino events correlated with 2350 gamma-ray bursts (GRBs).  The search was performed over Borexino data collected between December 2007 and November 2015, and no statistically significant excess over background was observed.

Our analysis combined for the first time two semi-independent data acquisition systems: the primary Borexino readout optimized for solar neutrinos up to a few MeV, and a fast waveform digitizer system tuned for events above 1 MeV. 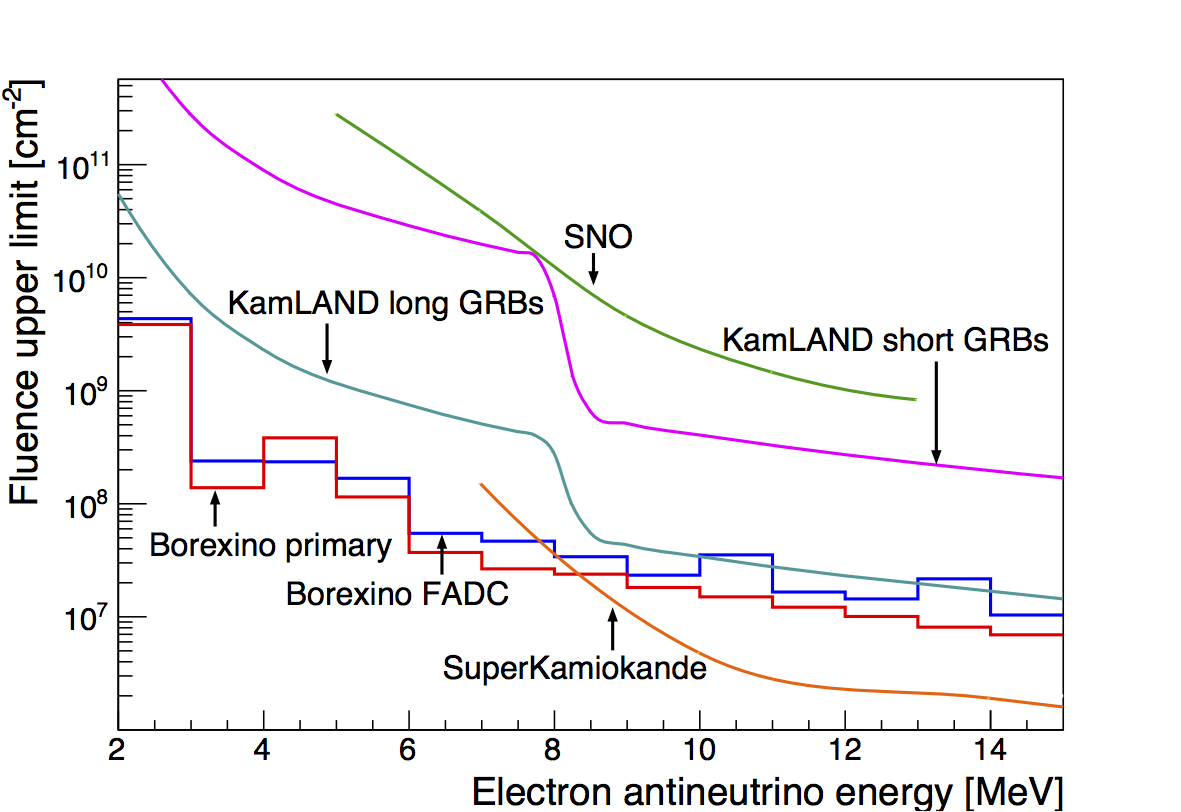 The above plot (as given in Fig.2 of our paper) shows the fluence upper limits for electron antineutrinos from GRBs versus antineutrino energy, considering the detection through Inverse Beta Decay interaction.

The Borexino results are shown in comparison with results from other experiments such as SuperKamiokande, SNO, and KamLAND. Here you can find our result, as depicted in the plot, for both the Borexino primary data acquisition and Borexino FADC analyses.

This detection channel was possibile only thanks to the particularly radio-pure scintillator of Borexino. 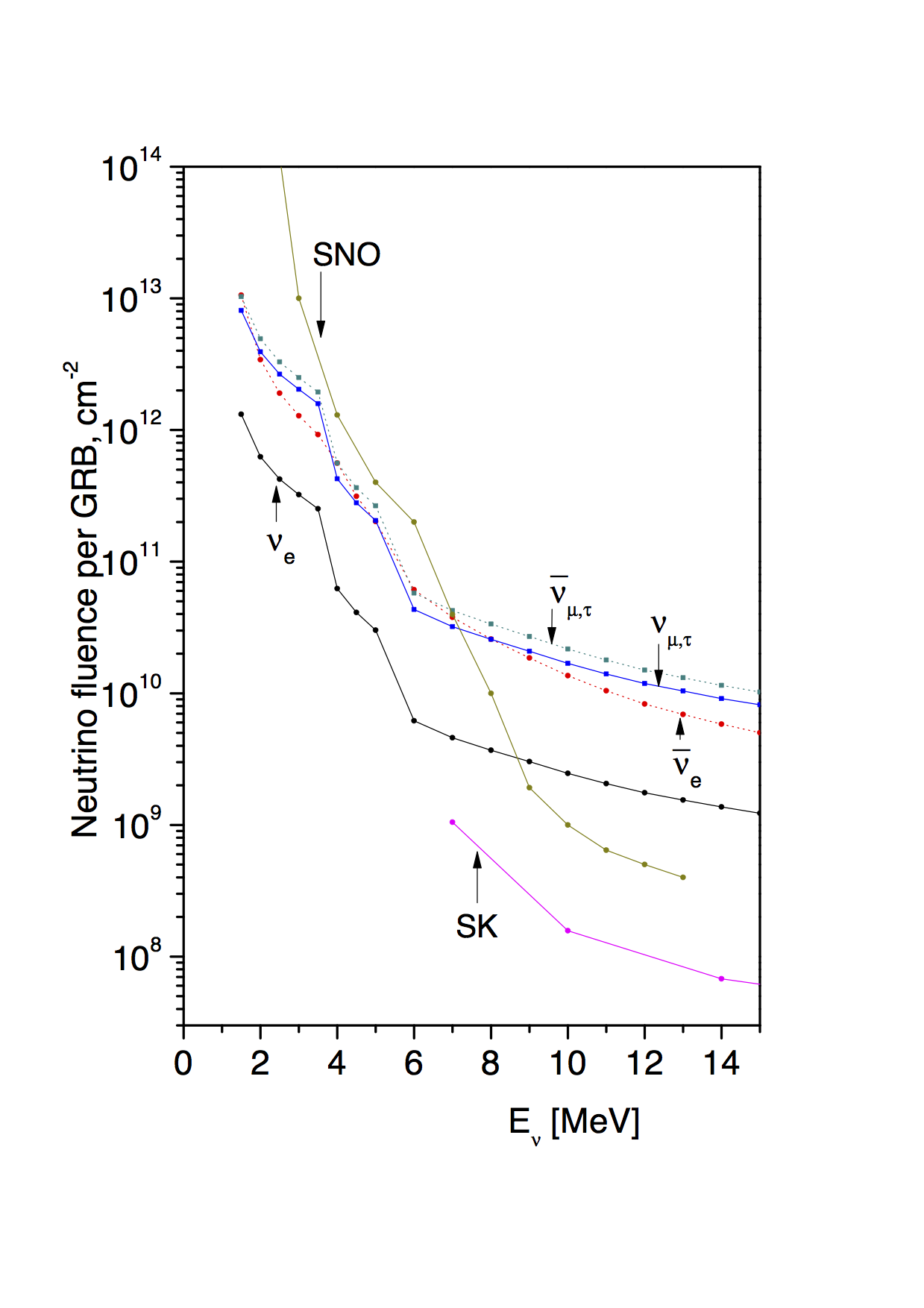 This plot (the same as given in Fig.4 of our publication)  shows instead the Borexino 90% C.L. fluence upper limits obtained through neutrino-electron elastic scattering for

given by SNO and SuperKamiokande are depicted as well. Related Borexino data can be found here.